Co-writer: C. Neil Davenport and Producer & Co-writer, Cameron Logan present an adventure short film about an anxious squire follows a weary wizard through mystical ruins and struggles to adhere the lessons of manhood while nearing Excalibur.

In Pre-Production with Logan Social Films 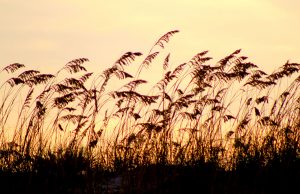 A drunken, middle-aged man, MILO, staggers through the forest. Carries a bottle of mead in his hand.

MILO (CONT’D): One for the history books.

Milo continues along his way, drinking from his bottle.

Someone claps in the distance. Milo stops dead in his tracks. Spots someone waiting up ahead. Takes a swig of mead.

STRANGER: That was quite a lovely performance.

The stranger pulls a large knife from his belt and begins to sharpen it with a granite rock. Milo sobers up for a split second.

STRANGER: Didn’t anyone ever tell you it’s not wise to drink when you have secrets to hide?

MILO: I’ve no idea what you mean.

The stranger grins, showing his rotten teeth. Milo is disgusted.

STRANGER: Oh, I think that you do.

The stranger punches Milo to the ground. Leans down and puts the knife to Milo’s forehead.

STRANGER: I don’t need your bloody riches. I just need you to talk.

MILO: Wait. I know a man who can fix those teeth of yours. He’ll make ’em shine like pearls.

The stranger uses his knife to pick at his teeth. Places the blade on Milo’s throat.

STRANGER: Don’t be a trickster! You know where the bastard son of Uther Pendragon is hiding. I’ll give you to the count of three to tell me his whereabouts.

MILO: The bast- I’ve never heard of such a thing.

STRANGER: That’s not what you said at the tavern. I heard you spilling your guts.

MILO: It was the mead!

MILO: Please sir. I was just showing off!

MILO: Alright! Alright. Some old wizard brought the boy to Sir Ector. He claims him as a son, but he’s not.

STRANGER: Where is this Sir Ector?

STRANGER: Where is he?

The stranger smiles and pulls back his knife. Milo sighs in relief.

STRANGER: It’s amazing what a whiff of death can do to a man.

MILO: But I gave you what you wanted.

STRANGER: You were guaranteed nothing, my humble lad.

The stranger wipes his knife on Milo’s shirt. Stands.

A bright light shines from afar.

The stranger covers his eyes.

A hooded figure in the distance holds a staff, shining like a midday’s sun.

The hooded man now stands directly in front of him. It is MERLIN.

The stranger swings at Merlin, but his knife goes through him like a ghost. Merlin’s staff lights up brighter. The stranger’s body stiffens. He tries to talk. Only guttural noises come out. His feet lift off the ground as his floats into mid-air.

MERLIN: If one is to act like a toad-

Merlin pounds the staff into the ground.

The stranger disappears and his clothes drop to the ground.

The light on Merlin’s staff extinguishes. Merlin walks over to the pile of clothes. Pulls back the shirt and a frog hops out from underneath. Merlin steps on the frog and crushes it. Merlin approaches Milo’s body. Kneels down and closes Milo’s eyelids.

MERLIN (CONT’D): Rest easy, my old friend. May mercy be your companion.

Merlin rises. Pulls out a compass. Turns until the needle hits south. Walks out of frame. Rose bushes begin to grow around Milo’s body.

Merlin walks up and stops on a hilltop. Watches someone from afar.

In a clearing below, a little boy, ARTHUR, swings a sword-shaped branch against a tree. SIR ECTOR shovels hay beside the boy. He notices Merlin.

SIR ECTOR: Arthur. Go inside and get washed up.

Arthur stabs the branch into the ground and runs out of frame.